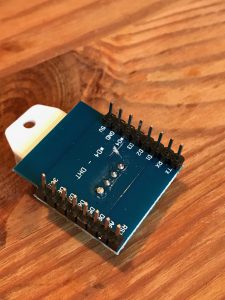 I like using VMware Fusion on my Mac, but it has one shortcoming: it cannot boot from USB devices. You can use disk images (floppy, CD/DVD and harddisk) as well as a physical optical drive, but USB devices are not available. That’s unfortunate if you want to use VMware to prepare a hard disk for a machine, and want to test booting off that system before installing it in the machine.

When I install a new FreeBSD machine, I often start out from an existing FreeBSD machine and install directly from that running system, instead of booting off an install DVD. Obviously, using a virtual machine for this bootstrapping system, together with a USB hard disk adapter, is very convenient. But without being able to boot the VM off that USB disk, testing can be cumbersome.

I was very happy to come across Plop, a boot manager with many features. The most interesting one for me is it’s support for booting off USB devices without BIOS support. Plop includes its own U/O/EHCI driver, supporting standard USB 1.1 and USB 2.0 devices and ports.

Also very important: Plop can be run off a CD or floppy image, so you don’t need to (re-)configure your main hard disk. If I feel adventurous, I might look into patching the Plop BIOS extension into VMware, making booting even easier. For the time being, I’m using the floppy image, since none of my virtual (nor physical) machines have floppy drives any more.

Also, when you have an older machine which BIOS does not support booting off USB devices, Plop might be very helpful!

Measuring temperature in a PC should be easy: after all, most mainboards have extensive monitoring capabilities for temperature and voltage levels built-in. Unfortunately, very few of these facilities are documented properly, and software support is lacking. Instead of trying to navigate the maze that is lm-sensors (which isn’t even available for FreeBSD), I decided to look for some USB-based solution.

There’s a reasonably cheap chinese USB thermometer called TEMPer. I got mine from Brando for 12 Euros. It’s a USB-to-serial chip from WinChipHead. It’s DTR, RTS, and CTS lines are used to connect a LM75 I²C temperature sensor. To talk to the LM75, you need some bit-banging driver.

I’ve put together a command line utility for the TEMPer that can program the built-in thermostat (TEMPer has a LED connected to that output) and print out temperature measurement data. It does it’s job, and might serve as an example on how to do I²C over a simple interface.

We were in need of replacement hardware for our two Shuttle K45 we’re using as servers, since one of them developed a case of capacitor plague, and the Asus Pundit4 P5G41 turns out to be a nice choice. It’s compact, features a LGA 775 socket, two DDR2 sockets, space for one 3.5″ and one 5.25″ drive (SATA only), and even has a serial port built right into the case (we’re big fans of serial consoles).

This model seems to be relatively new (introduced apparently in the fall of ’09), and I couldn’t find any pics of the innards. I’ve added a couple of interior photos to our wiki. Enjoy!